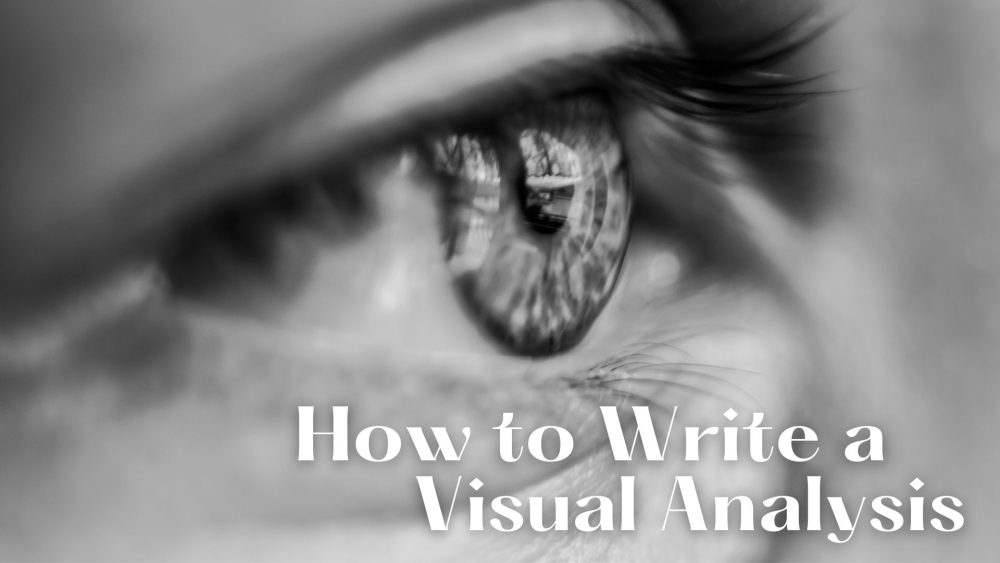 The purpose of this type of analysis is to enable learners to understand visual messages and art. This article defines and explains what this analysis entails, as well as how to write it.

What is a Visual Analysis?

Analyzing something involves dissecting it and understanding its execution means and the artist’s intended meaning. In some cases, people can visual-analyze works for their effects on art, politics, culture, historical significance, and social consciousness of a specific period.

When majoring in communications or art history, your teacher can ask you to analyze something visually. This process applies to visual art, painting, photography, photo-journalism, film, journalism, and writing. In most cases, works in these areas are for information and entertainment purposes. But, your analysis should go beyond this to focus on themes, execution, compositional elements, and form that make them up.

Perhaps, a common topic for this subject is classical paintings due to their historical and in-depth significance. Such images often project claims or ideas. Advertisements are also a prevalent topic in this subject.

Analyzing such works may sound intimidating and challenging. However, it’s an easy task when you know how to complete it.

How to Write a Visual Analysis Paper

Once the educator asks you to analyze some works and write an academic paper, use a five-paragraph structure to compose the essay. In most cases, professors ask learners to examine paintings. In that case, the educator expects you to consider the essential aspects of the work. For instance, when analyzing an image, determine what makes it stand out. After looking at the picture and researching it, describe it in your paper.

Writing a visual analysis is different from composing a typical essay. A regular paper is generally reflective, argumentative, or descriptive. However, this analysis doesn’t have a research statement or topic. The educator expects you to think about the content and title of your work by analyzing and interpreting the visual stimulus, which could be a portrait, photograph, sculpture, painting, or any artistic object with graphical elements. Here’s what your visual analysis essay outline should include.

The introduction of your analysis should tell the audience the basic facts about the work. Use any of these methods to capture the reader’s interest.

Also, include a visual analysis thesis statement telling readers about the meaning of the work and what you intend to do.

The conclusion section of your analysis should be a precise summary of your discussion. Also, rewrite your thesis statement while recommending or suggesting a future study. Following this outline will enable you to write an organized analysis.

How to Analyze an Image

After creating a detailed outline, the next step is to engage in the actual analysis. And the best way to learn how to write a visual analysis essay or paper is by using an image. Even if you don’t know the best terms to use, you can analyze a picture because you’re most likely familiar with the tricks that most artists use to generate a reaction in their audiences. What’s more, you can quickly recognize symbols like color meanings when analyzing an image. Here’s how you can examine a painting visually.

In addition to these visual elements, your analysis can consider design principles when looking at the work from a broader perspective. Artists use different art elements to create a well-rounded experience from a thematic and an artistic perspective. Such elements include:

Classical works provide good images for visual analysis. However, the educator will provide instructions that may include the images to analyze. Your teacher can also ask you to explore the artist’s symbols to generate certain emotions in the audience. What’s more, the assignment might require you to analyze a picture regarding its historical context. Nevertheless, your analysis should follow the structure described in this article.

Perhaps, you still have difficulties writing your visual analysis. Maybe you’ve tried reading a visual image analysis essay sample but still can’t write yours. In that case, follow these pieces of advice on how to write visual argument essays.

To understand what visual analysis is it is recommended to checkout some samples. Here is one to look over:

Arthur Rackman’s 1935 illustration for Edgar Allen Poe’s The Cask of Amontillado shows Montresor in the middle of walling up Fortunato. Fortunate looks terrified, tugging at the chains keeping him to the wall, while Montresor is hanging over the half-built wall giving Fortunato an evil grin. The area where Fortunato is being essentially buried alive, with Montresor building a wall to trap Fortunato, is dingy and shows some evidence of bones around Fortunato’s feet. Both men appear to be somewhat elderly. Although the image conveys the theme and mood of the original story, the artist can be seen to have changed three key elements: the age of Fortunato and Montresor, the fact that Montresor is holding a rapier in the image which is not mentioned in the story, and the use of colors to emphasize certain dramatic points, such as making Fortunato’s clothes appear to be bloody.

The scene being referenced in the image is when Montresor has tricked Fortunato into allowing himself to be chained, and during the process of building the wall that will trap Fortunato, essentially killing him. The wall has only been half-built in the image, and Montresor is apparently mocking Fortunato, so this would be the moment when Fortunato appears to realize that he is in actual danger. His facial expression is one of terror. The image therefore emphasizes the terror on Fortunato’s face, which is the the main point of focus upon seeing the image, while Montresor is in a very menacing pose, as he is leaning over the half-built wall toward Fortunato, with an evil smirk on his face.

Although the image sticks closely with a literal reading of the text, there are three artistic liberties that are apparent. The first of these is the age of both Fortunato and Montresor. In the original story, the narrative is told through a flashback where Montresor claims that the events of the story took place half a century prior, which is revealed at the very end of the story. However, both Fortunato and Montresor appear to be approximately in their sixties in the image. The ages of the two men during the incident are never explicitly stated, but because this happened fifty years in the past, the two presumably would have been much younger men. However, the reason the artist may have taken the liberty of making them appear older is because artistically, age can change the viewer’s interpretation of the scene or how they might regard either character.

A second apparent inconsistency between the image and the original story is that Montresor appears to be holding a rapier of some sort as he hangs over the half-built wall, staring menacingly at Fortunato. In the original story, there is no mention of this type of weapon. Additionally, the entirety of the scene in the story where Fortunato is being walled-in is only half a page; there is no extended build up, although due to the process of building the wall, it would have taken a while. However, there is no evidence or reason within this description as to why Montresor would have a rapier, or why it would be used when building the wall. In the image, Montresor is not pointing the rapier directly at Fortunato, although it is clearly there in his hand. The tool that Montresor would have used to plaster the wall is evident in his other hand, although it is also being held in a manner similar as to how one might hold a dagger. While the tool would be authentic to the original story, the rapier would not. Narratively, it is possible that men from this era and place would have naturally worn rapiers, so this may be an explanation as to why it is there, but the original story makes no mention of it.

The reason the artist may have included showing this weapon in the image is because it immediately makes Montresor seem much more threatening. The rapier is pointed downward, and is being held more as an afterthought by Montresor; however, showing it at all is a clue to the viewer that Montresor is dangerous, and the real villain in the scene. Without the rapier, but also without knowledge of the story, Montresor would still appear to be menacing; however, it may be unclear to the viewer without looking closely as to what exactly is occurring in the scene. The inclusion of the rapier shows the viewer the danger that Montresor presents, without any ambiguity. The way the tool is being held in his other arm, which is meant to evoke the image of a dagger, reinforces this point.

From an initial glance, it would appear that Montresor is holding two weapons. In the original story, there is no menacing use of the tool, and no mention of a rapier, so these elements would be considered artistic liberties taken by the painter. If Montresor was pointing the rapier directly at Fortunato, then this would perhaps be too great of a liberty, as this would not be authentic to the original story. Pointing a rapier directly at someone has a specific connotation, and Montresor does not use this method in the story to threaten Fortunato; instead, all he does is build the wall and talk to Fortunato. However, having a rapier simply in Montresor’s hand, without pointing it at Fortunato, is one way the painter might have embellished the scene to make Montresor seem more menacing. This allows the painter to not compromise the original source material by inventing a scene that does not exist, such as if he had shown Montresor pointing the rapier directly at Fortunato.

The third artistic liberty that can be seen in the image is the muted colors and lighting. The image is mostly a dull beige, as can be seen in the walls, floor, and even the bricks being used to build the wall. The only distinguishable colors beyond this would be the red stripes that can be seen in Fortunato’s jester outfit, and the blue and red suit that Montresor is wearing. By having the two central figures in brighter colors in the background, they immediately stand out. However, the more interesting use of color is how the red on Fortunato’s outfit look somewhat like blood, particularly on his leg. This emphasizes the fact that Fortunato is a victim, and although he is not physically beaten in either the story or the image, the fact that the red on his leg appears to look similar to blood would make the viewer think he has suffered.

Together, none of the details would necessarily go against the original story, as they are all plausible; Montresor and Fortunato could have been in their fifties when this took place, although Montresor would be very old during the retelling; and it is possible he carried a rapier, and that Fortunato’s outfit looked the way it does in the image. However, these tend to be artistic liberties to emphasize the meaning of the story overall.

Get Help with Your Analysis from Experts

Maybe you’re struggling to write an exceptional analysis to impress the educator and score an excellent grade. Perhaps, you’ve realized that you need assignment assistance to beat the deadline of your homework. Regardless of your situation, we can provide quick and professional help with your analysis. What’s more, we can offer a good art analysis essay example to guide you when writing yours. Our team has vast experience analyzing different artistic works and writing excellent papers. No matter what the educator wants you to explore, we’re ready to help you. Contact us now saying, “Please write my visual analysis,” and we will help you! 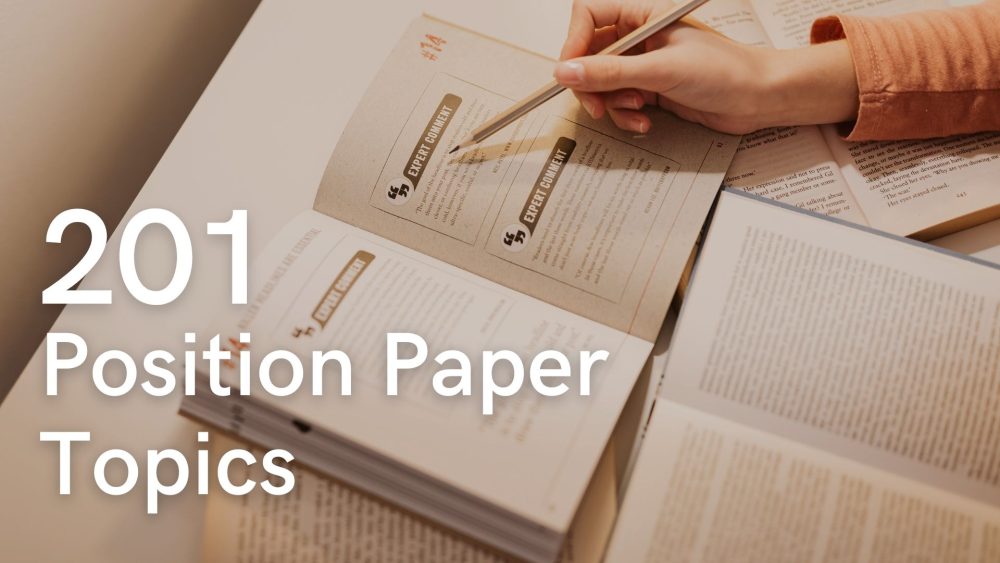 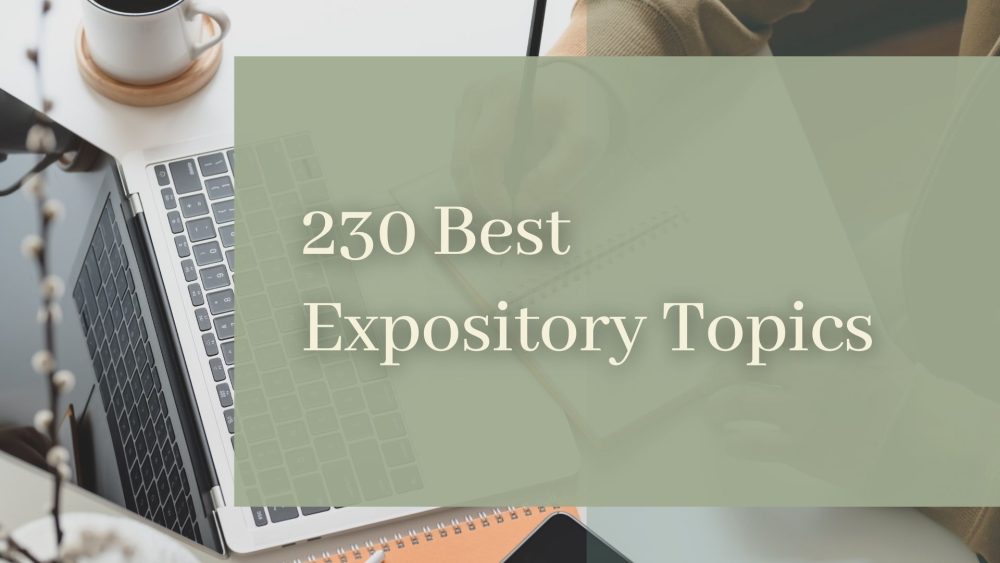 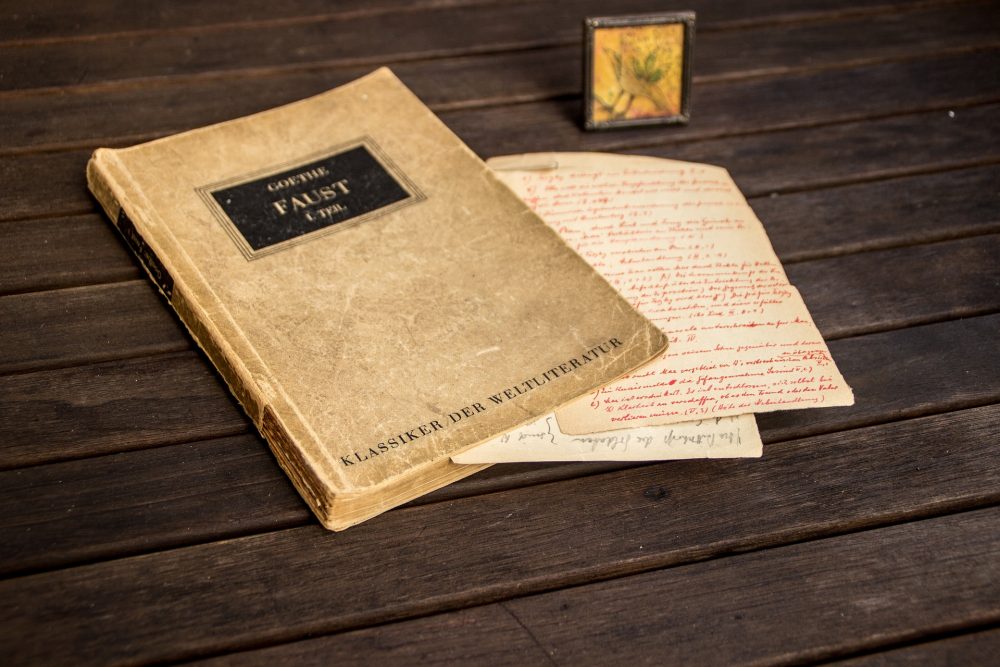 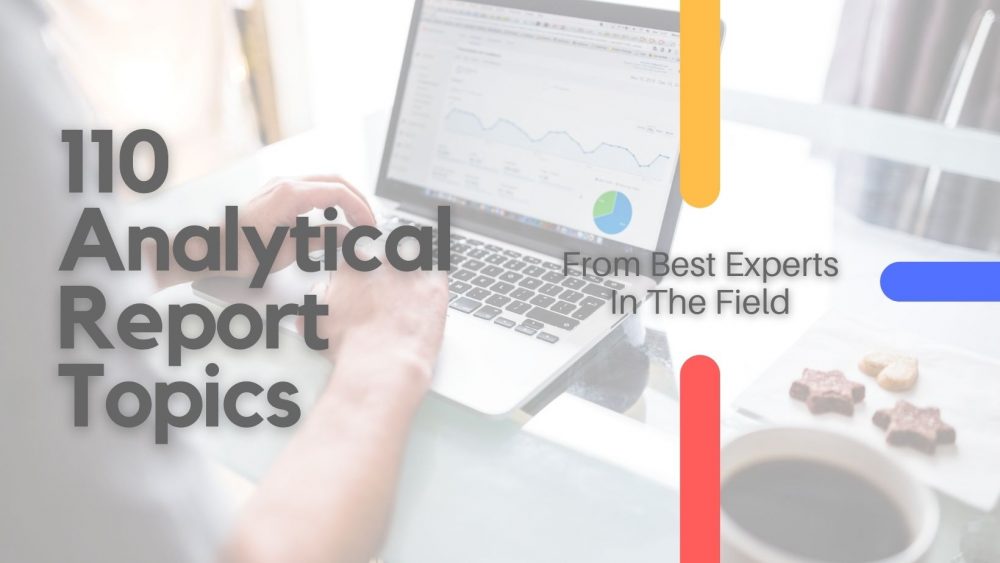 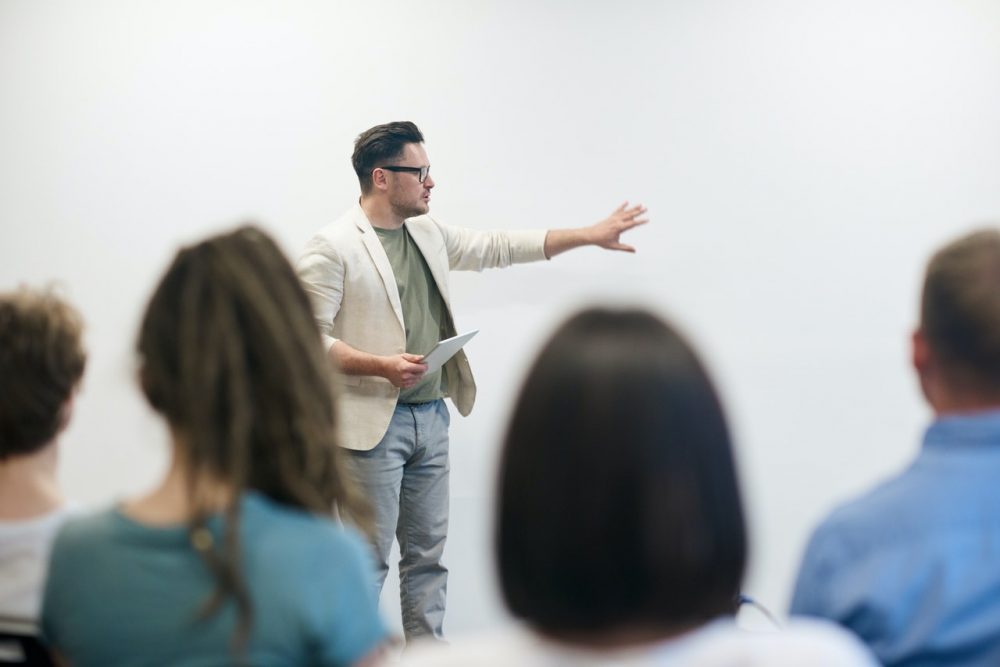 Interesting Persuasive Speech Topics – Ace Your Grades With Us! 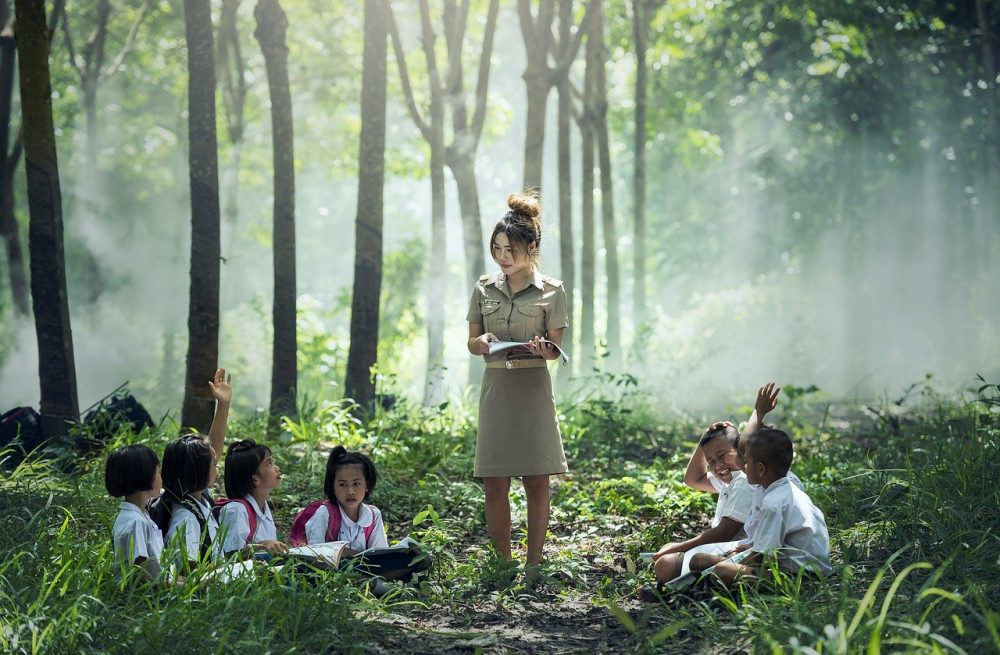 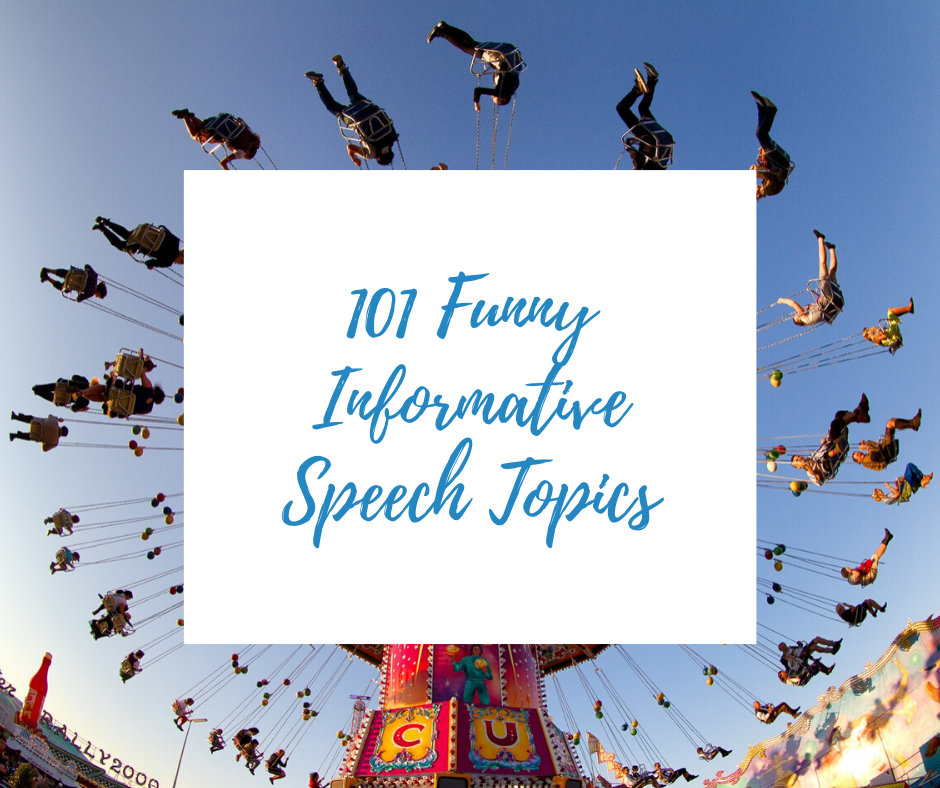 Amazing Personal Narrative Ideas That Will Surprise Your Prof 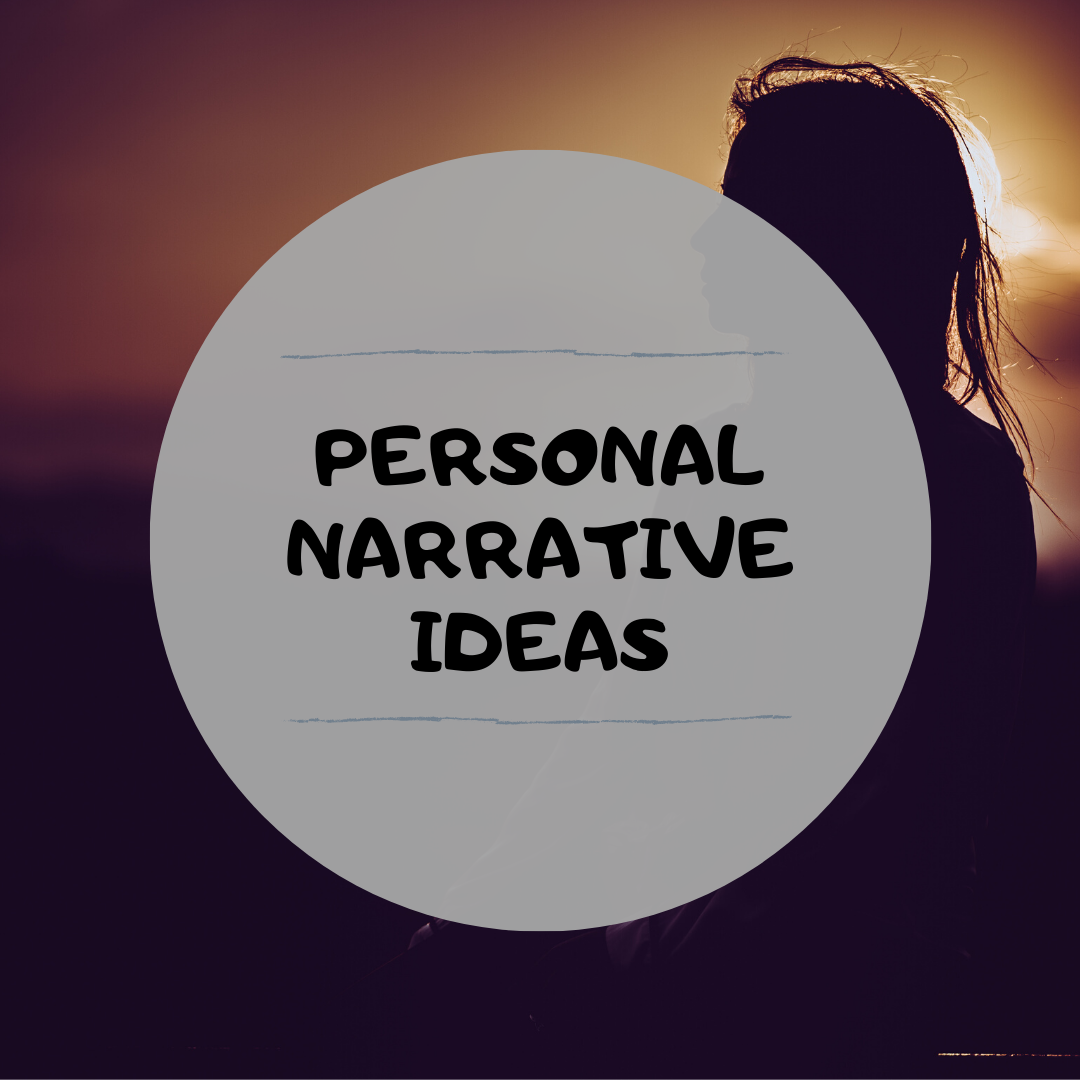 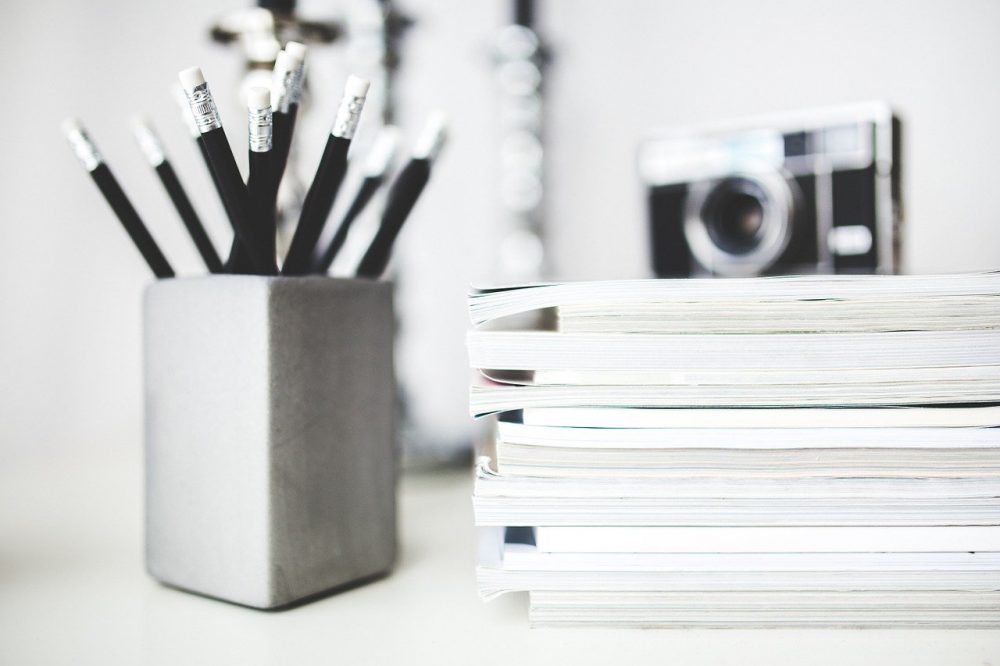 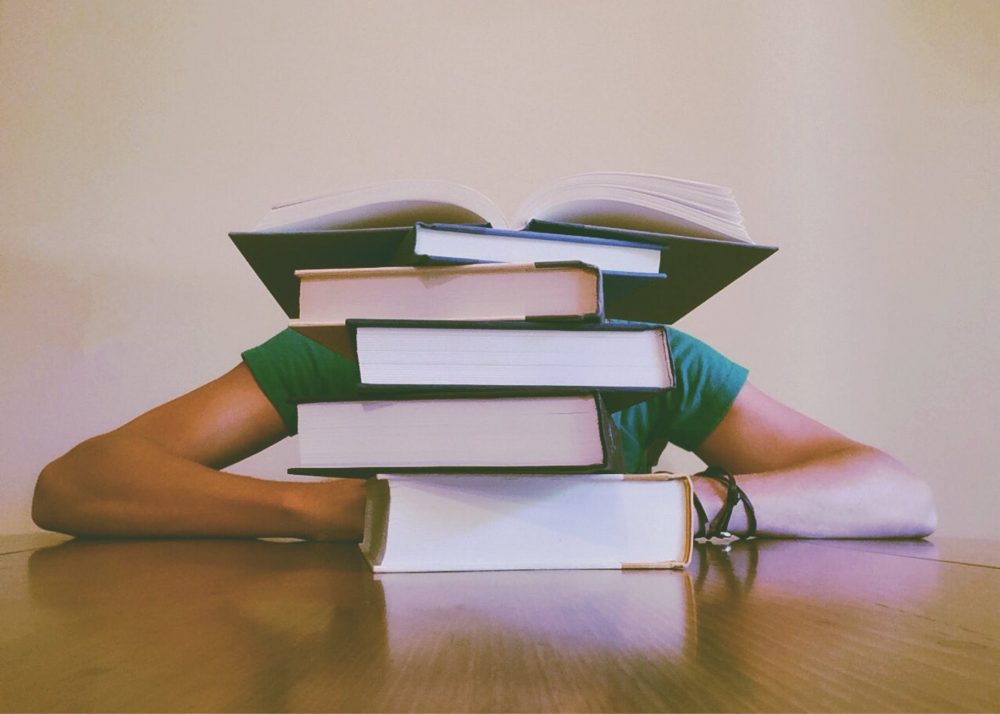